Released in March 2019, the NVIDIA Jetson Nano immediately prevailed in the maker community with its desirable price-performance ratio in AI applications. It provides an AI performance of 472 GFLOPs at $99, nearly 20 times greater than a general-purpose embedded board like the Raspberry Pi 4, which is priced around $60 for the 4GB model.

Since it offers enough processing power to start AI learning, researching, and deployment at an affordable price, the community grows quickly to support multiple neural networks and AI frameworks. Now almost every mainstream AI framework, including TensorFlow, PyTorch, Caffe, and MXNet, is supported on the Jetson Nano.

The Jetson Team took us by surprise when it revealed the Jetson Nano Developer Kit B01, the first major upgrade to this embedded AI platform since its release in January 2020. The major updates are in the carrier board to support new interfaces and hardware. However, the pinout of the newer B01 is different from the older module, and it won’t work if you plug the A02 module into the B01 carrier board. There are also 4 major hardware changes which you can find below in this blog.

The end users now can design their own carrier board and order the B01 production module with eMMC flash from Nvidia. The Jetson Nano module incorporates a 260-pin SO-DIMM edge connector which exposes all interfaces of the main Quad-core Arm A57 processor and built-in 128-core Maxwell GPU, and the reference schematic and layout design are available on Nvidia Download Center. In terms of the storage I/O interface, the current B01 developer kit for sale requires an SD card to work, but its carrier board has also added support for the production module, which is at a different price tag.

From our perspective, the main purpose of this new design is to add support to the Jetson Nano B01 production module, so the Jetson nano iterates itself into real products rather than merely a developmental kit. After all, the older A02 module is not intended for real product integrations of the end-users. ​

Another bonus from this update is that the new carrier board will also be compatible with the upcoming Jetson Xavier NX module, which will provide even better AI performances.

Specifications of The New Dev Kit Module & Carrier Board

To make room for the second camera port, some connectors are either moved elsewhere or removed. Other changes include the removal of the “button” and serial headers, and the power select header (J48) has been moved to the edge of the board.

Although there are hardware changes to the Jetson Nano B01, the supported accessories will continue to work with this platform. We’ve finished the test of the Arducam IMX219 camera series and MIPI camera module series on the B01, and we believe it will get better performance with our continuous works.

Highlight of B01 Update: The 2nd camera connector exposed

The most impressive highlight of the update is the second camera port. The B01 carrier board exposes another MIPI CSI-2 camera interface, which makes it ready for binocular applications like stereo recording, depth sensing, 3D object tracking and image stitching, etc.

That means a lot for Arducam. We are committed to embedded camera solutions, and on the Jetson Nano platform, we’ve offered Jetson Nano stereo camera applications before it even had a second camera. Now that it comes with an extra camera interface, it will not only support our previous binocular applications like depth mapping, but also open up the possibilities to interface even more cameras with Arducam multi-camera solutions like stereo HAT and multi-camera adapter.

What Else is Updated?

Other than the major hardware changes of the carrier board in adding support to the second camera and production module, there are almost no updates in the computing power of the module. Anyway, the CPU and GPU remain the same.

Despite the same computing power, the software packages will still be constantly updated to unleash its full potential. Jetpack 4.3 for Jetson Nano is released with the new TensorRT 6.0.1 and cuDNN 7.6.3 libraries, which helps improve the AI inference performance by 25%. The VPI (Vision Programming Interface) accelerates 4K video or multiple 1080P video feeds (up to 8x at the same time) using GPU+CPU hardware encoder/decoder, and with ML (Machine Learning) algorithms it can do multi-task of image detection, recognition, and tracking.

Should I Replace My Old Jetson Nano with The New Kit?

To figure out whether a replacement of the new revision is necessary, you should mainly look at the major changes in this update. To put it simply, the changes are the support of a second camera, the future compatibility with other Jetson modules, and the difference in the SO-DIMM pin definition.

Another thing to mention is that the CoM modules and carrier boards of the older and newer models are not interchangeable. That means you can not plug the A02 CoM module into the B01 carrier board, and vice versa. So if you are trying for an update, you’ve got to update the whole developer kit.

Therefore, unless you are expecting to run more camera modules on the Jetson Nano, or you are prepared for the upcoming Jetson Xavier, there is no need to push yourself for a replacement.

I have a question concerning removal of J44 Serial Port Header.
Does it mean that some functionality is lost in B01 ?
What about kits for A02 which are on the market ?

is it possible to somehow connect MIPI 24pin display to B01? 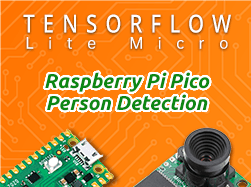