The board itself is tiny, at around 300mm x 16mm. The neck width of the camera module is 6mm, this highlight making it perfect for endoscope, spy surveillance or other applications where size and image quality are important. 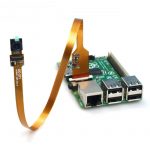 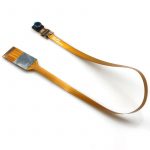 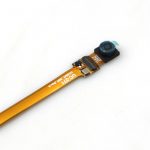 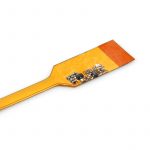 It connects to Raspberry Pi by way of a short ribbon cable. The camera is connected to the BCM2835/BCM2836 processor on the Pi via the CSI bus, a higher bandwidth link which carries pixel data from the camera back to the processor. This bus travels along the ribbon cable that attaches the camera board to the Pi.

It attaches to Raspberry Pi by way of one of the two small sockets on the board upper surface. This interface uses the dedicated CSI interface, which was designed especially for interfacing to cameras. The CSI bus is capable of extremely high data rates, and it exclusively carries pixel data. The camera is supported in the latest version of Raspbian, Raspberry Pi’s preferred operating system.

Where is the documentation for this product? How do i install it ? where is the tutorial?

how do i order this and how much?

I would like to build my endoscope but how to focus on 5 mm to 10 mm distance?