Back when raspberry pi released their OV5647 or IMX219 camera module, there were two versions available: the visible light version and the NoIR edition. The latter ones are built specifically for camera projects that are designed for night vision with infrared illumination, if you use them during daylight, you get messed-up images/videos with purplish tints. The Raspberry Pi Foundation only offers the camera board, but for a module like this to work properly at night, you need to buy additional infrared LEDs.

So we went ahead and created some IR-ready bundles, and we took it even further by adding switchable IR-cut filters. We turned the original V1/V2 Pi module into a camera that’s suitable for both day and night vision projects. And later released the IMX477 HQ camera with a motorized IR-CUT filter.

Back then, only these three officially supported cameras were able to harness the Pi’s fancy ISP tuning algorithms, and unfortunately, the foundation also added crypto chips to both the V2 and the HQ modules to prevent users from making clones or building similar camera boards.

The Raspberry Pi NoIR camera uses active infrared illumination to achieve night vision, with our switchable IR-Cut modules, both the filter and the IR LEDs can be turned off during the daytime, but using it 24/7 means you are constantly switching between monochrome and color outputs.

So we launched the Pivariety Project to deal with all the above-mentioned problems.

As part of the Pirvarity camera series, we will be offering cameras that not only have exceptional ultra low light performance under challenging lighting conditions, but are also able to leverage the RPi’s native ISP tuning solution to produce best-in-class quality over images and videos without using infrared LEDs and auto IR-Cut filters.

Employing the STARVIS image sensors with our Pivariety cameras perfectly bridges the gaps between NOIR and standard Pi cameras.

The Notion of One-Camera-Fit-All: from Direct Sunlight to Moonless Night Sky

In an ideal world, one way to get the best possible results out of a camera module is to use it with appropriate ambient illuminations or light sources. But in practice, camera projects and applications are oftentimes being deployed in environments with shifting light levels, for some surveillance applications, there can be situations where cameras are placed in outdoor areas and you can only rely on starlight when it turns dark, this is when ultra-low light cameras come into play, the high sensitivity and NIR feature ensure that detail loss is kept at a minimum even on moonless or overcast nights, which has a light level at around 100 microlux.

Lighting is a critical factor in most computer vision applications, things like illumination angle, intensity, spectrum, and polarization will highly affect an application’s efficiency and fidelity, more often than not, we have no control over it, improvements can only be done on the hardware or the software part.

Granting ultra low light ability to Pi cameras is just our first step, we expect it to encourage the community to design more RPI based machine vision systems that are powerful enough to face the poorest light conditions, and to innovate compact, scalable camera solutions with lower material and operating costs for industrial or security uses. 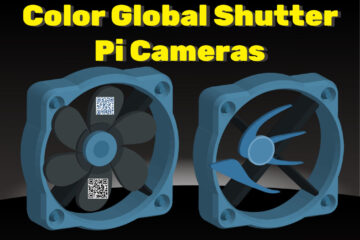 RPi V1, V2 and HQ Cameras Are All Rolling Shutter All three official Pi cameras from the foundation, the V1, V2, and HQ camera modules,  have rolling shutters. If you ever used one of them Read more… 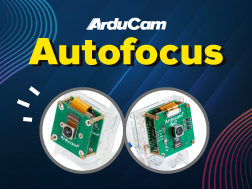 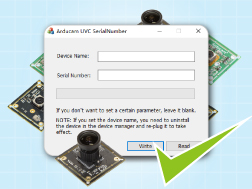 Using Multiple Camera Modules in Linux and Windows Can Be Convenient and Problematic At the Same Time Bandwidth aside, there are many situations where using more than 2 camera modules with your hardware of choice Read more…